The Citizens’ Assembly brings a wealth of different experiences and knowledge to the table. 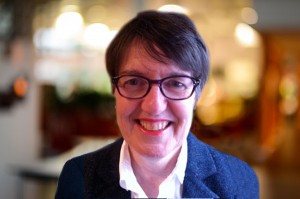 Set up in January 2014, the Assembly has a full membership of 26 people nominated by the 13 Healthwatch organisations in the South West and is chaired by a Citizen Commissioner, Christine Teller (left). The Assembly currently has vacancies in three Healthwatch areas, recruitment is ongoing. Without exception the members have a keen interest in ensuring that the voice of the citizen/patient/carer has a key role in developing, delivering and reviewing health services to maximise good and improving outcomes for people in receipt of health services.

With its links to Healthwatch and to the wider networks of individuals and groups of citizens’, patients’ and carers’ in the South West, the Citizen’s Assembly is ideally placed to provide access to large numbers of people who want to have a say in how they want their health services to be delivered, and to the commissioners and providers who want to hear these views. The Assembly can ask the ‘simple’ questions, which, on one hand, can be challenging to those commissioning or providing health services, whilst also giving additional rigour and strength to decision-making.

The role of the Citizen’s Assembly in the Clinical Senate

The Senate Council, made up of 30+ health professionals and 4 members of the Citizens’ Assembly, deliberates on questions posed by commissioners, in order to ‘add value’ to the decisions that commissioners make. One of the central purposes of the Citizens’ Assembly is to support the Senate Council’s deliberations by using its connections to wider citizen networks to gather lay responses to the questions. A recent example of this was a question put to the Senate Council regarding the issues around the discharge of frail patients from acute hospital units back to the community. The Citizens’ Assembly, using its networks, was able to provide over 60 responses from patient/carer/user groups which was used to help ‘set the scene’ for members of the Senate Council, alongside formal research papers into the subject. Interestingly, the themes of the lay responses were often in line with the findings of the more formal research.

As the Clinical Senate structure, and its constituent parts of Senate Council, Senate and Citizens’ Assemblies, evolves, the part the Citizens’ Assembly plays will also develop and change. As well as responding to questions posed by commissioners, it could also, for example, become more proactive in bringing citizens’ priority issues to the table. Working together with other Clinical Senate colleagues through any such process of development underpins the concept of partnership working, which is fundamental to the success of the involvement of the Citizens’ Assembly.